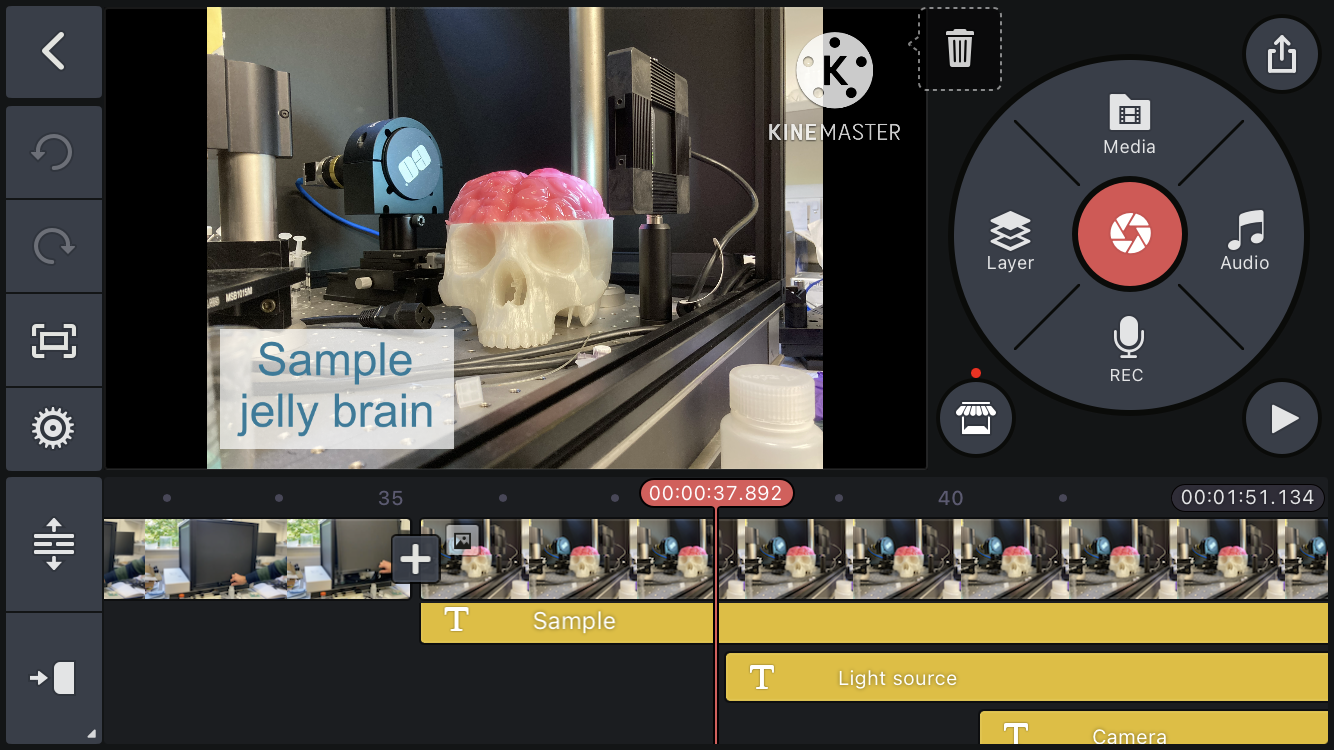 Since taking part in the Video Impact training workshops offered by C-DICE, I have put together several videos on my smartphone to showcase my research. As mentioned in Part 1, the course was expertly led by Rob Glass who encouraged us to make videos during and after the workshop. My instructional videos allowed me to meet the criteria for the Bootcamp Micro-credential.  Producing these videos after the training was relatively simple. Thanks to the logical steps involved in using the instrumentation for my research, it was clear to me what sequence needed to be filmed and my recent completion of the course meant that each of the techniques demonstrated during the workshops was still at the tip of my fingers, making editing simple.

Feeling happy with my progress, I went along to the C-DICE drop-in surgery a few weeks after the course finished.  I was excited to share progress with others on the course. While we were speaking, I realised I found it much harder to imagine how to come up with a short video to describe the ‘story’ of my research.  I was used to discussing my research in academic presentations, but these are much longer and not aimed at general audience like a short video to be shared on social media.

Nevertheless, considering how much I enjoyed putting together the instructional videos I was determined to attempt to make a video-based on a story linked to my research. I found it difficult to know what shots to take for this video and I spent too long trying to think of what the story or script of the video would be and trying to match shots to that. However, once I came back to the Bootcamp on-demand videos and followed Rob’s guidelines, fitting in fixed shots and arranging the clips I did have, before recording a voice over to match that, I found it much easier.

The idea of this project is to develop technologies that improve the drug delivery efficiency for certain cancers. Clinical trials with novel drugs often have a very high failure rate. Improving the drug delivery efficiency of drugs with an already proven track record offers potentially improved positive outcomes. This suggests a reduced need for clinical trials with risky outcomes as each one has a large carbon footprint. The experiment in the video in particular helps us to better understand the working of the drug devices in more realistic conditions, reducing the need for more resource intensive control experiments.

Producing this video was extremely rewarding, not just due to the new skills I have developed but also because it has given me some new perspectives on my own research. It made me think beyond the more formulaic nature of conference presentations to how I could make this work engaging for a wider audience. The feedback I have received on my video has been really gratifying because it has shown me that a much wider group has engaged with the work beyond what I have managed previously.

I have now been awarded the Advanced Video Impact Micro-credential and I have truly been converted to the power of videography to communicate my research! I am already thinking about my next set of projects and where they will take me.

We are delighted that C-DICE has been included as a…

In this Newsletter read about the two sandpits taking place…

C-DICE is planning a sandpit on hydrogen and we would…

Ideas to Innovation (i2i) has been designed for ambitious individuals…

Co-created by the BECCS-BEIS funded project team and C-DICE, this…